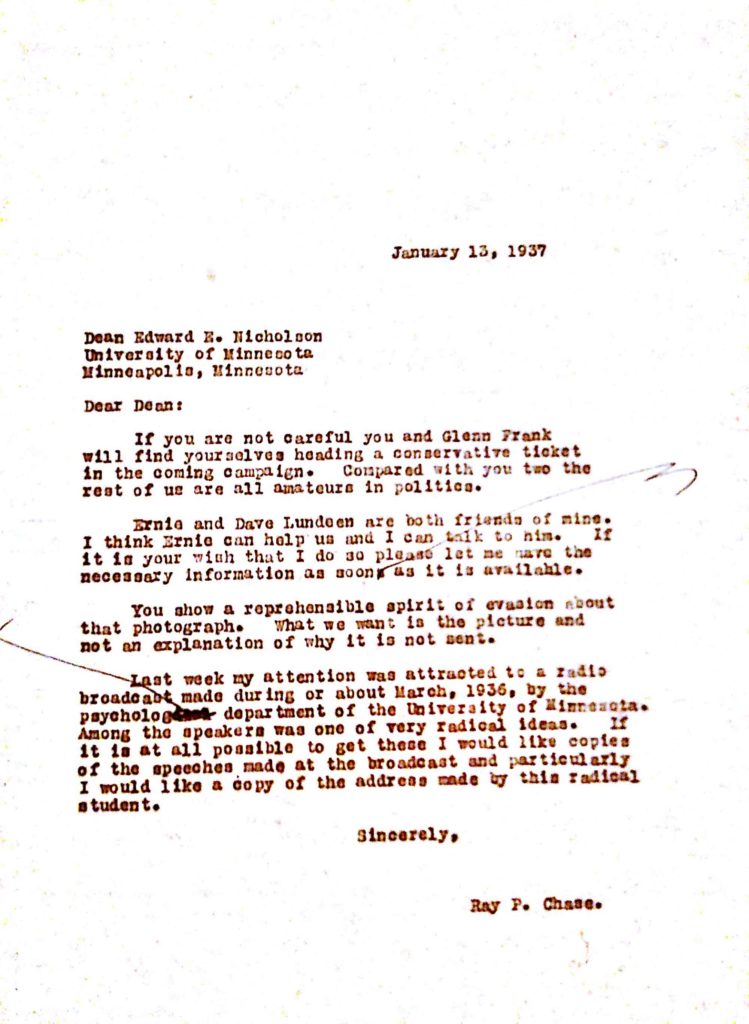 Ray Chase responded to Dean Edward Nicholson’s letter requesting help to influence the choice of regents. While Dean Nicholson claims that he is indifferent to the political party of the nominee, Chase’s letter makes clear that they want political conservatives for the positions, and actively oppose the Farmer-Labor Party. Chase links Nicholson to Glenn Franks who was removed that week from the presidency of the University of Wisconsin on a no-confidence vote of the faculty. Franks was opposed to the New Deal.

Nicholson asks Chase to appeal to politically conservative politicians for assistance.Senator Lundeen was elected as a Farmer-Labor candidate. His many previous attempts to run for office were always as a Republican. Because the Farmer-Labor party was committed to an anti-war, isolationist stand, Lundeen affiliated with them. He did not share their progressive positions on domestic issues. He was a Nazi sympathizer.

Chase asks Nicholson to provide him copies of transcripts of a radio broadcast made by members of the Psychology Department. He singles out the ideas of a “radical student.” Like his request for information about payments for campus speakers, Chase continues to seek information that can be used against the University of Minnesota to demonstrate its radicalism.