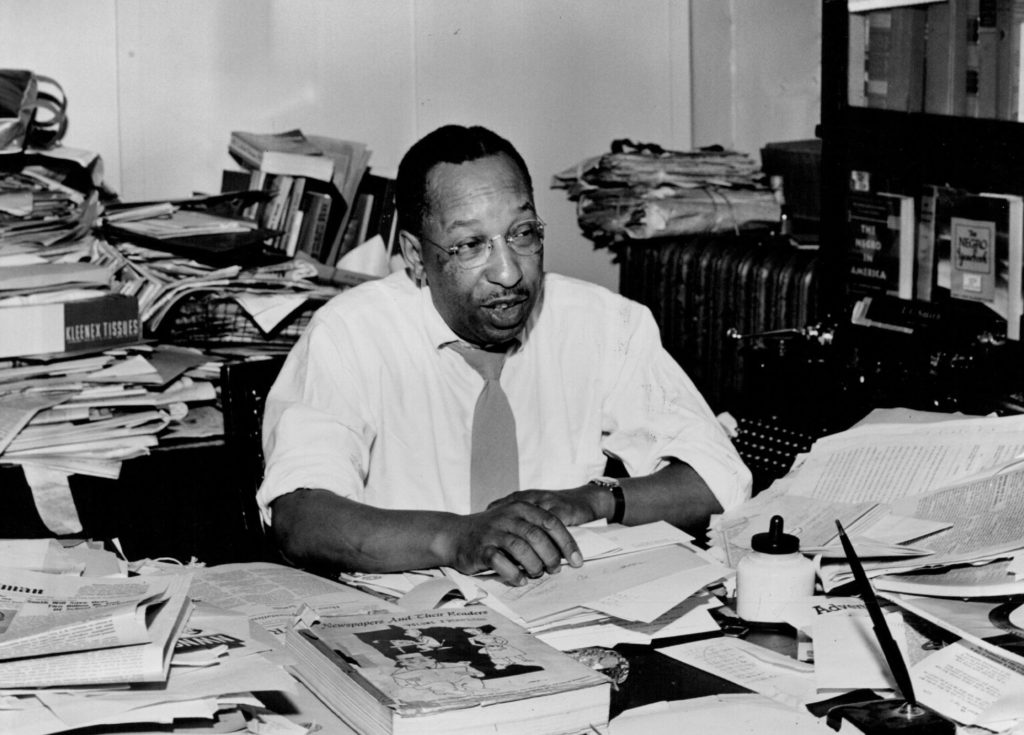 Cecil Newman (1903–1976) was an American civic leader and founded the Minneapolis Spokesman and the St. Paul Recorder in 1934. Though a high school degree was his highest schooling, Newman was well-read—in 1965, Allen University in South Carolina awarded him an honorary law degree.

He was a member of the Brotherhood of Sleeping Car Porters that successfully fought against segregation in the 1930s and the 1940s. He was a crucial leader in the civil rights struggle in Minneapolis, and president of the Minneapolis Urban League in 1948. He was part of a new generation of Civil Rights leaders, who came out of the labor movement and brought about significant change after WWII.

His leadership of the local African American press was critical to the success of the decade-long struggle to end segregated housing at the University of Minnesota.