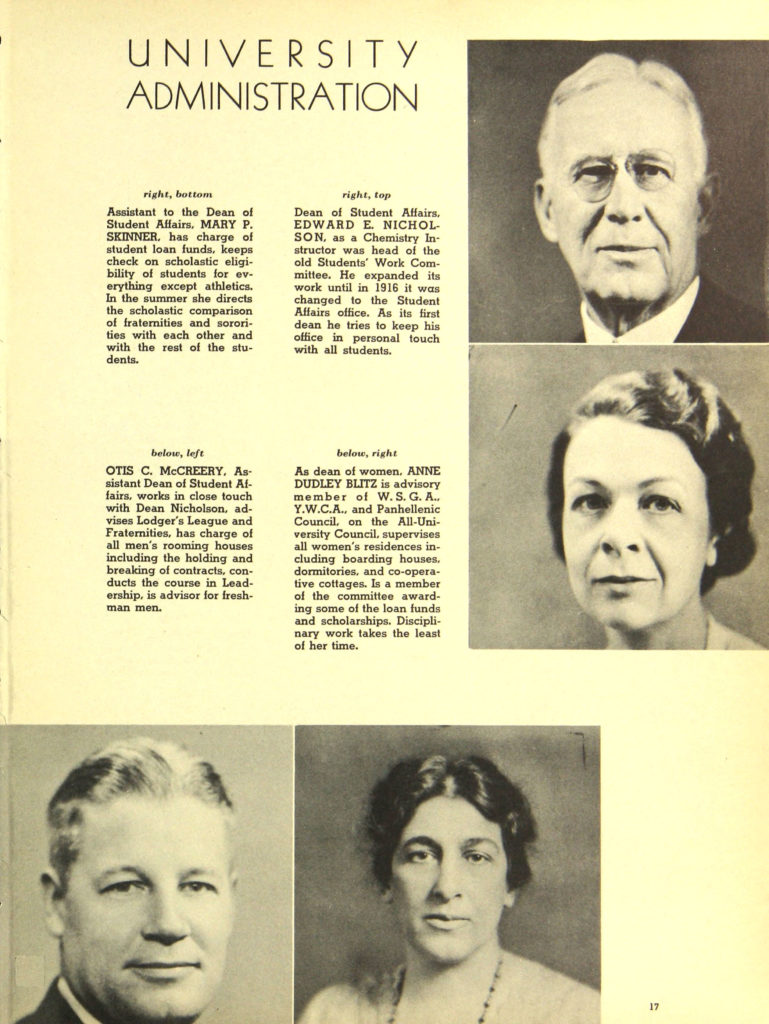 Edward E. Nicholson (1873-1949) trained as a chemist, and left the Chemistry Department faculty to become the first Dean of Student Affairs from 1917–1941. Dean Nicholson spied on student and faculty for Republican operative Ray P. Chase. Both men wanted to end the influence of the Farmer-Labor Party on and off the campus of the University of Minnesota. Chase’s papers at the Minnesota Historical Society contain dozens of letters and documents sent to him by Nicholson, which included the names of students and faculty whose political positions he did not accept.  Nicholson provided the FBI with the names of student activists.

Dean Nicholson controlled what information students could circulate about political activities, who could serve in student government, and influenced the leadership of the Minnesota Daily in order to keep left-wing ideas and activists off campus.

Appreciated by many male students, he was viewed as authoritarian and antidemocratic by many other students. His predecessor characterized him as harsh with students and envisioned other approaches to students.