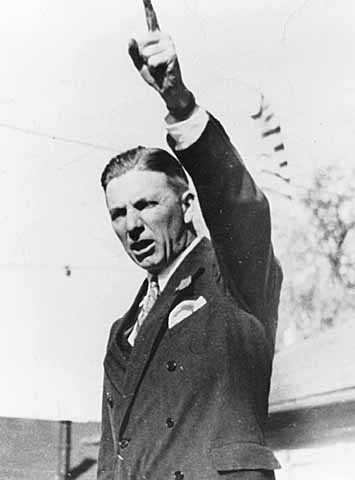 Floyd Olson (November 13, 1891–August 22, 1936) was Minnesota’s first Farmer-Labor governor and served from 1931 to 1936. He earned in law degree in 1916 from  Northwestern College of Law in St. Paul, and served as a country attorney. As governor, he pursued an activist agenda aimed at easing the impact of the Great Depression. During his years in office, he became a hero to the state’s working people for strongly defending their economic interests, and supporting their right to strike and unionize.