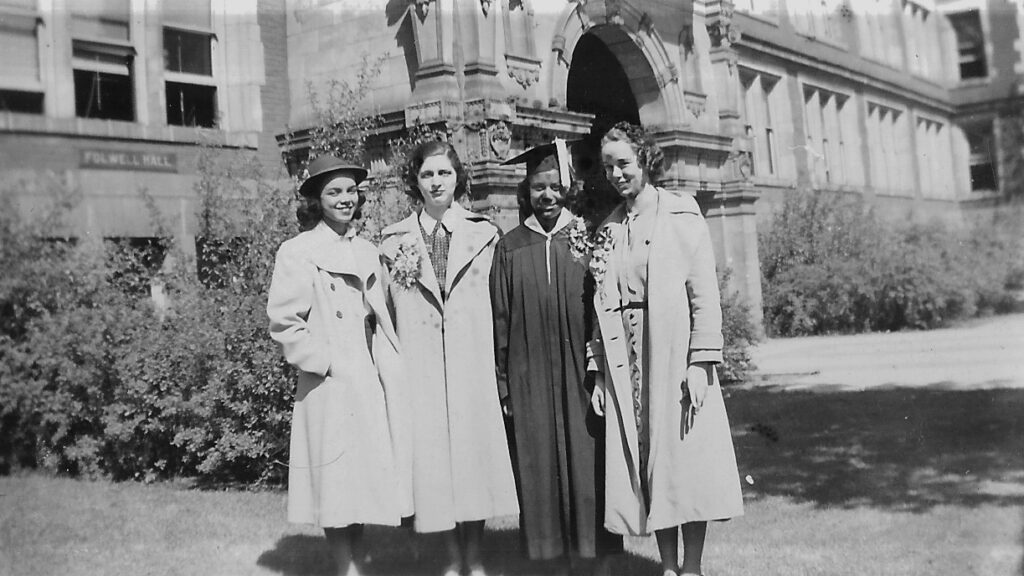 As a student, Martha Wright (November 11,1918-2010) was a president of the Negro Student Council, a member of its Interracial Committee that worked for integrated student housing, and active in Alpha Kappa Alpha, the African American Greek letter sorority. After receiving a degree in mathematics in 1938, she learned that no African American could teach in the Minneapolis school system. Wright went on to a career in higher education at Savannah State College in mathematics and eventually served as Dean for Undergraduate studies, and as Acting Vice-President for Academic Affairs after her formal retirement.

She had an additional career of civic and religious service, for which she received many awards. She co-led, with the other founders of a local chapter of Alpha Kappa Alpha, the opening and expansion of what came to be called the Greenbriar Children’s Center for homeless and neglected children in Savannah, Georgia. Wright was also active in a wide range of organizations which advocated for human rights, women, and children. She was a national and state leader in the Episcopal Church, breaking boundaries as a woman and an African American.