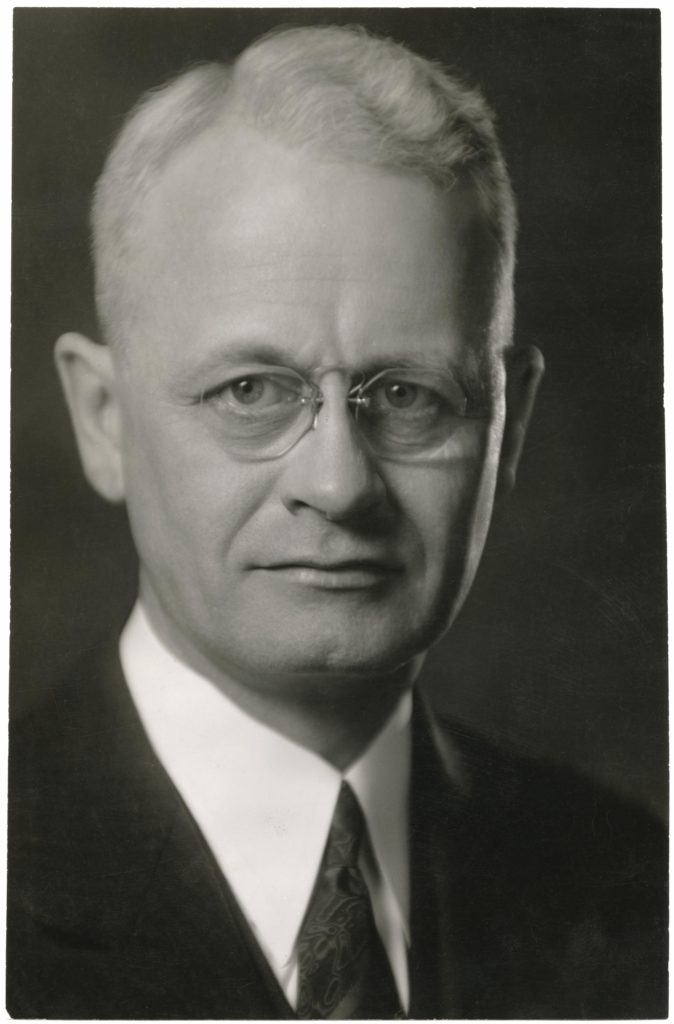 Ray P. Chase (1880–1948) was born in Anoka, Minnesota and graduated from the University of Minnesota in 1903. He received a law degree from William Mitchell Law School in 1919. He served as State Auditor from 1920–1931, and as a member of the United States House of Representatives from 1933–1935. He failed in his bid to become Governor of the State of Minnesota, losing to Farmer-Laborite Floyd B. Olson in 1930. He was a popular and highly praised figure among conservatives and Christian nationalists.

He had strong ties to a number of right-wing organizations, including the fascist Silver Shirts that were popular in Minnesota in the 1930s. He was opposed to taxation, and remained a right-wing figure in Republican politics.

Chase opened the Ray P. Chase Institute in Minneapolis, Washington DC, and Chicago around 1936 in order to exert political influence over every aspect of Minnesota political life. His goal was to collect and keep “valuable information” on those whose ideas he opposed. He found spies to gather information, and frequently invented his opponents’ positions in order to advance his political agenda. Chase gathered information to use in order to smear the Farmer-Labor politicians running against the Republicans he supported, including the publication of Are they Communists or Catspaws?

Chase’s primary access to the University of Minnesota was through Dean Edward Nicholson with whom he collaborated to influence the choice of members of the Board of Regents who agreed with their politics. Nicholson provided him with a variety of types of information about campus life, students and faculty, which was sent to the FBI and other agencies involved in spying on the Left.