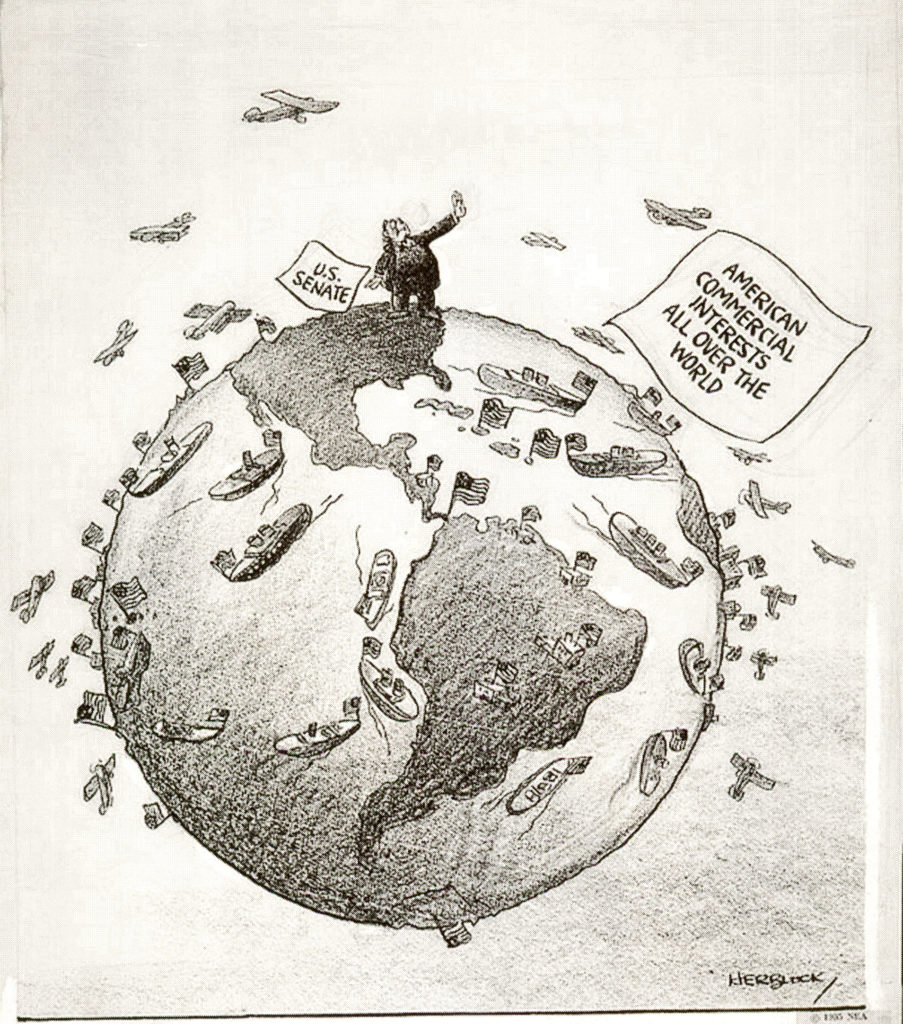 A Herblock (Herbert Lawrence Block, 1909-20001) cartoon from 1935 satirizing the isolationist, anti-war position of the interwar U.S. Senate. The drawing includes a defiant politician in Washington, D.C., oblivious to the numerous commercial ships and airplanes that continued to entangle the US with the fate of the wider world.

In the 1930s, the United States Senate took an isolationist position against any kind of U.S. involvement in international engagements, ranging from refusal to join the World Court to the passage of the various Neutrality Acts, which left allies vulnerable to Nazi domination.

Herblock was one of the nation’s most effective political cartoonists from the 1930s-2001).