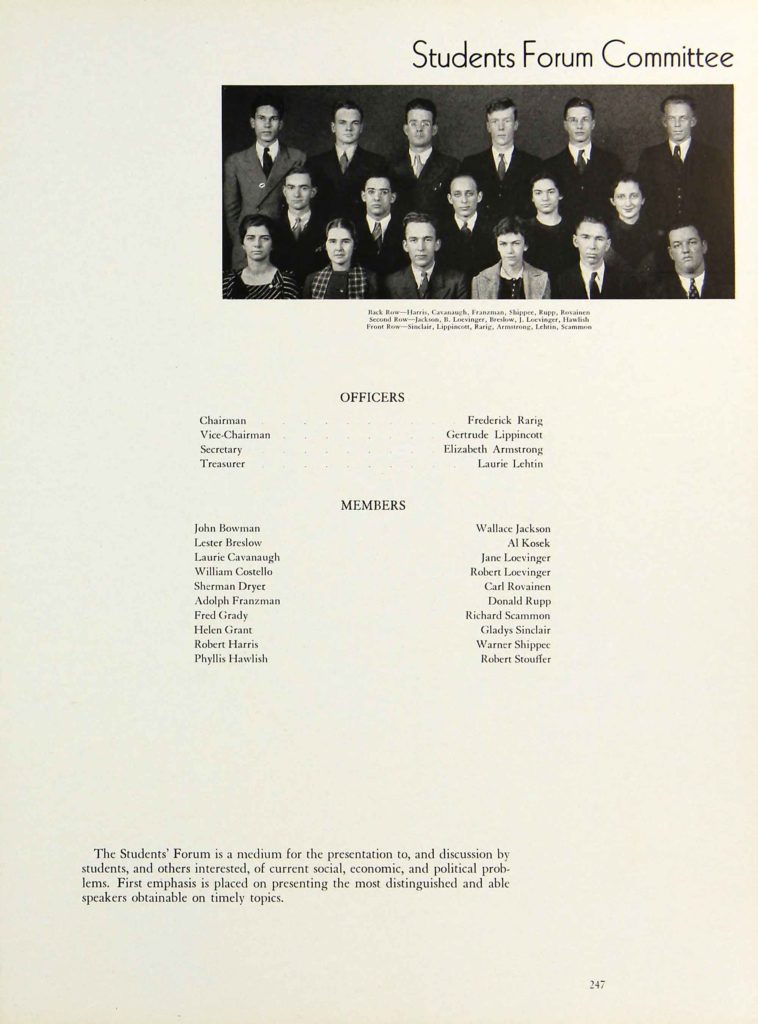 These students were members of the Student Forum in 1935. This organization chose the speakers to be invited to campus to speak about the important issues of the time. On-third of their names were found on Ray Chase’s lists of “radical students,” many with comments about their activism, their parents’ names and addresses, and their political attitudes. Those students were Lester Breslow, Sherman Dryer, Helen Grant, Robert Loevinger, Richard Scammon, Frderick Rarig, and Gertrude Lippincott.

Chase’s annotated list of the 1935 Student Forum speakers noted that the group was dominated by “liberals,” which is why he kept track of them.

Many of the male students were part of the Jacobins, the group most committed to student activism around ending required on-campus military drills. These students often challenged Dean Edward Nicholson’s power over student life and his policies.

Dean Nicholson supervised the Student Forum and likely was the source of information about these students to Chase. Nicholson worked to contain who students could invite as speakers with only partial success.