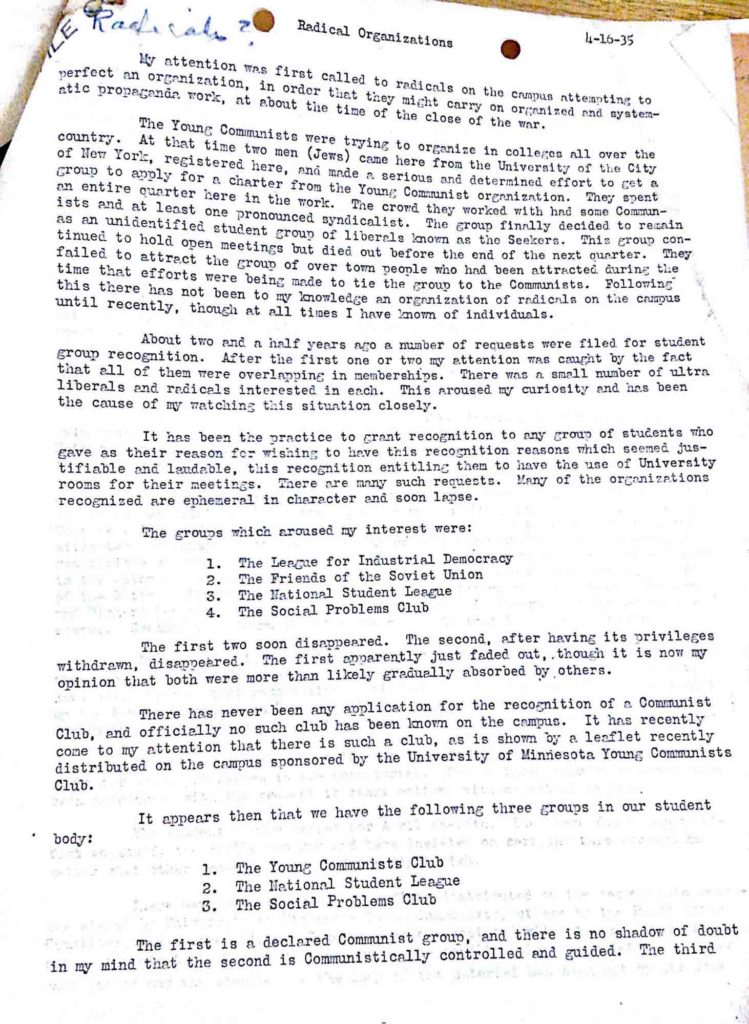 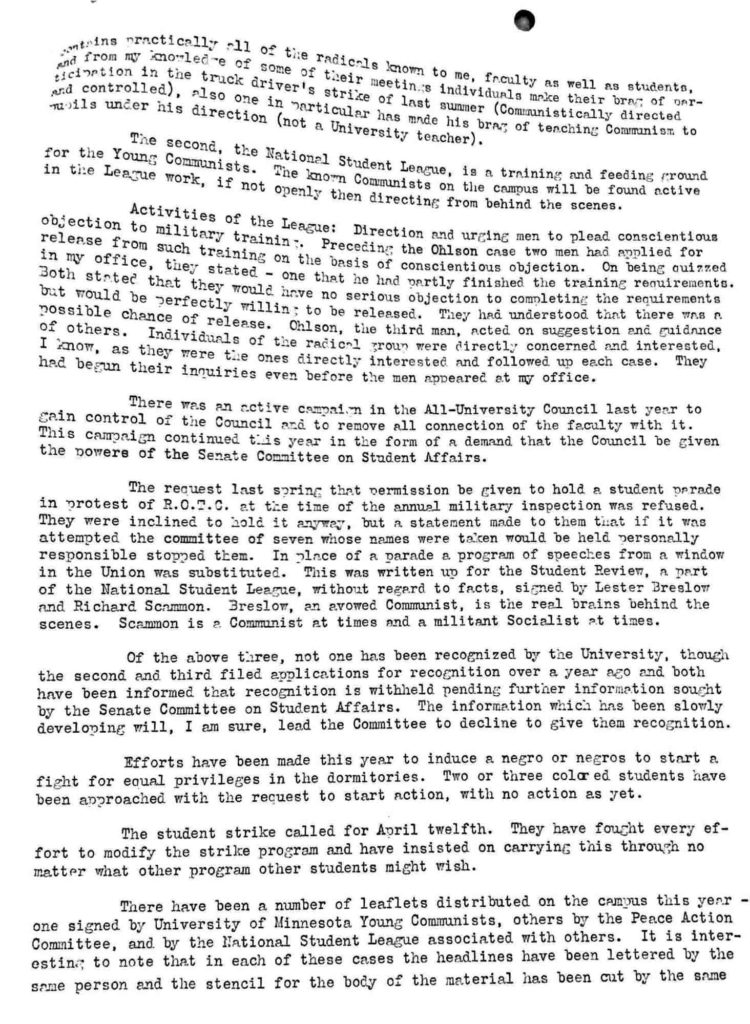 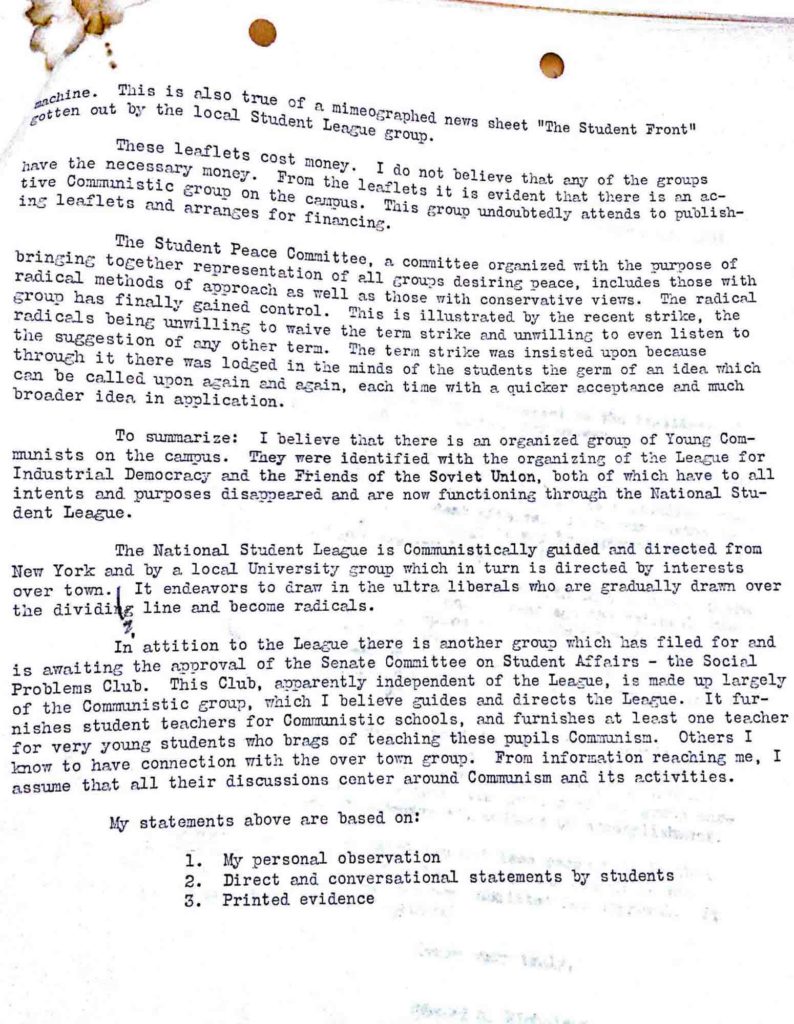 Nicholson’s perspective provided a distorted lens on student political activism. He viewed all activism through the his understanding of communism. For example, Nicholson stated that left-wing students tried to convince “Negro” students to protest segregation, denying the strong leadership of African-American students. Or, he claimed that communists were behind student petitions for conscientious objection. Warner Shippee, one of those students, was a committed pacifist, a campus Jacobin, and not a communist. He distorted student interests in Marxist thought as identical to membership in the party. Because several of these student activists wrote about their political interests at the time, there is counter evidence to Nicholson’s assumptions.

Interestingly, Nicholson seemed to know that one member of the Social Problems Club taught young children about communism. That obscure fact was included in a report found in Ray Chase’s files in a report by someone who passed as a member in order to spy. Was it Nicholson who urged Chase to be cautious and not to reveal the source?