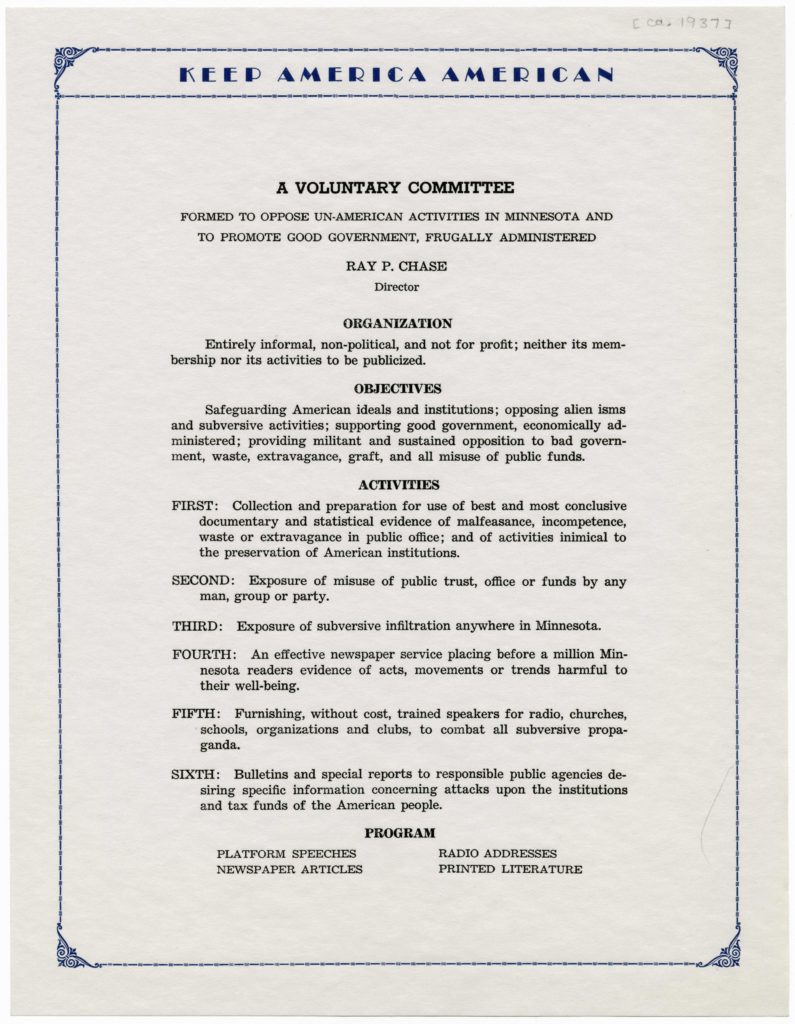 The Ray P Chase Institute offered information about people and groups Chase deemed subversives, Communists, and dangerous. This 1937 circular sought to create a “Voluntary Committee” to carry out this work. He used the language of “facts” in all of his work to carry out political campaigns to smear the people he disagreed with. Ray Chase claimed the work was “non-political,” despite its highly partisan approach. He drew on the right-wing’s language to “Keep America American,” and made clear that those who were foreign born, Jews, or whose ideas disagreed with his were not “American.”

The phrase “Keep America American” was derived from the motto of the American Coalition of Patriotic Societies, founded in 1929 by one of the architects of the movement to limit immigration to the United States, John B. Trevor Sr.. Chase’s choice of phrases aligned him with xenophobic, anti-immigrant activists and eugenicists. T