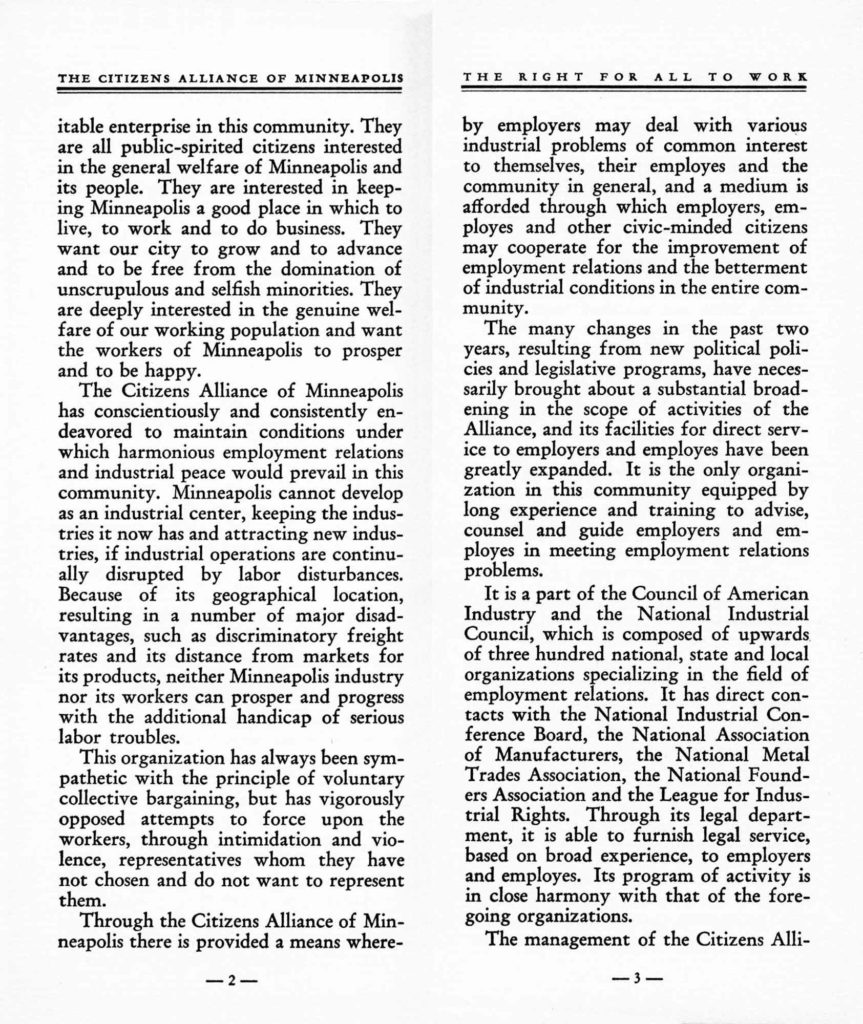 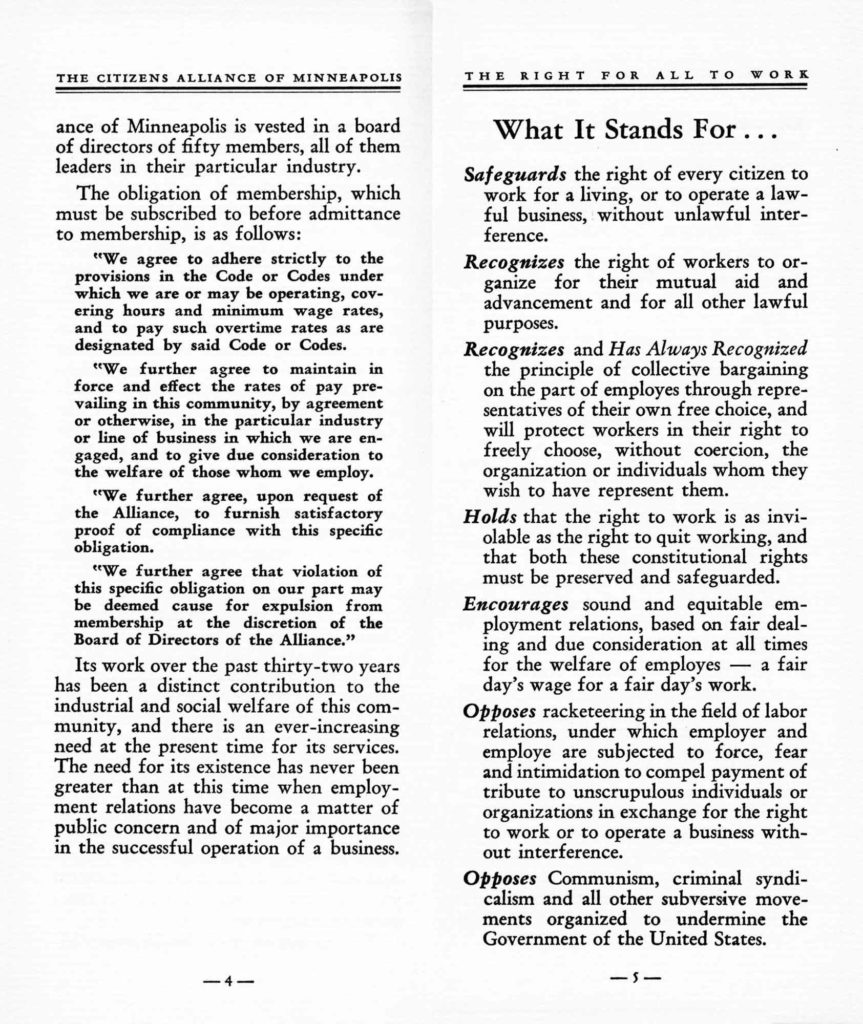 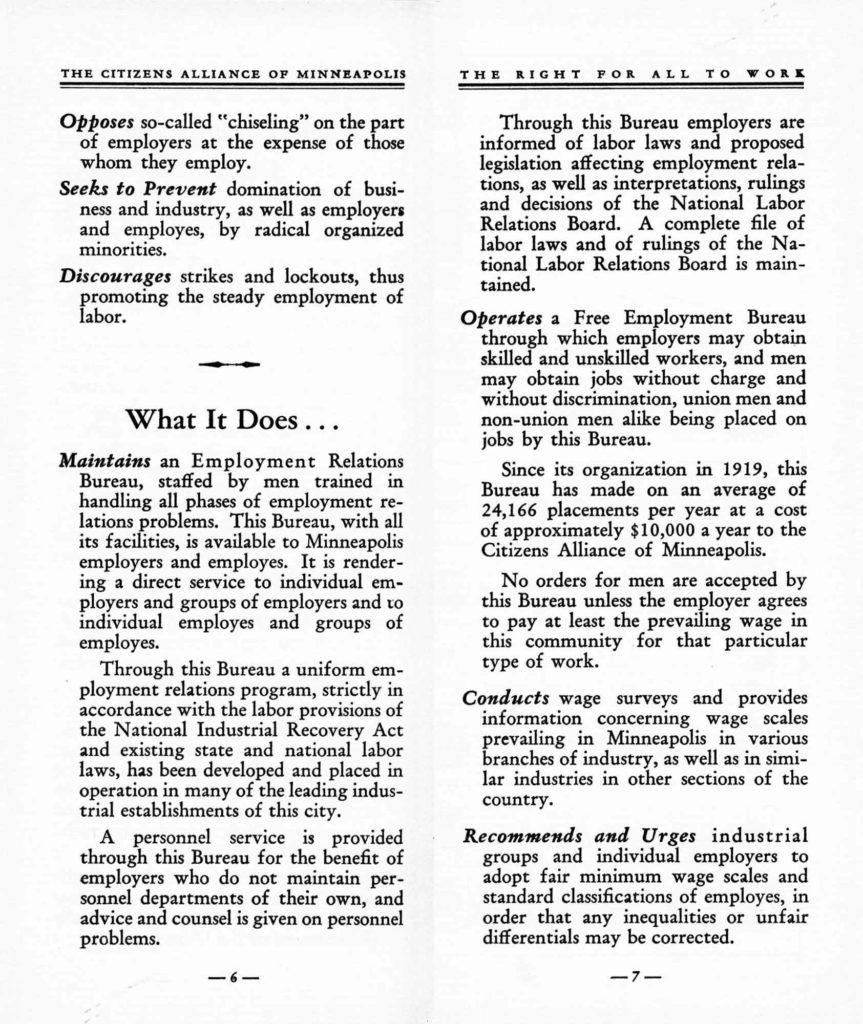 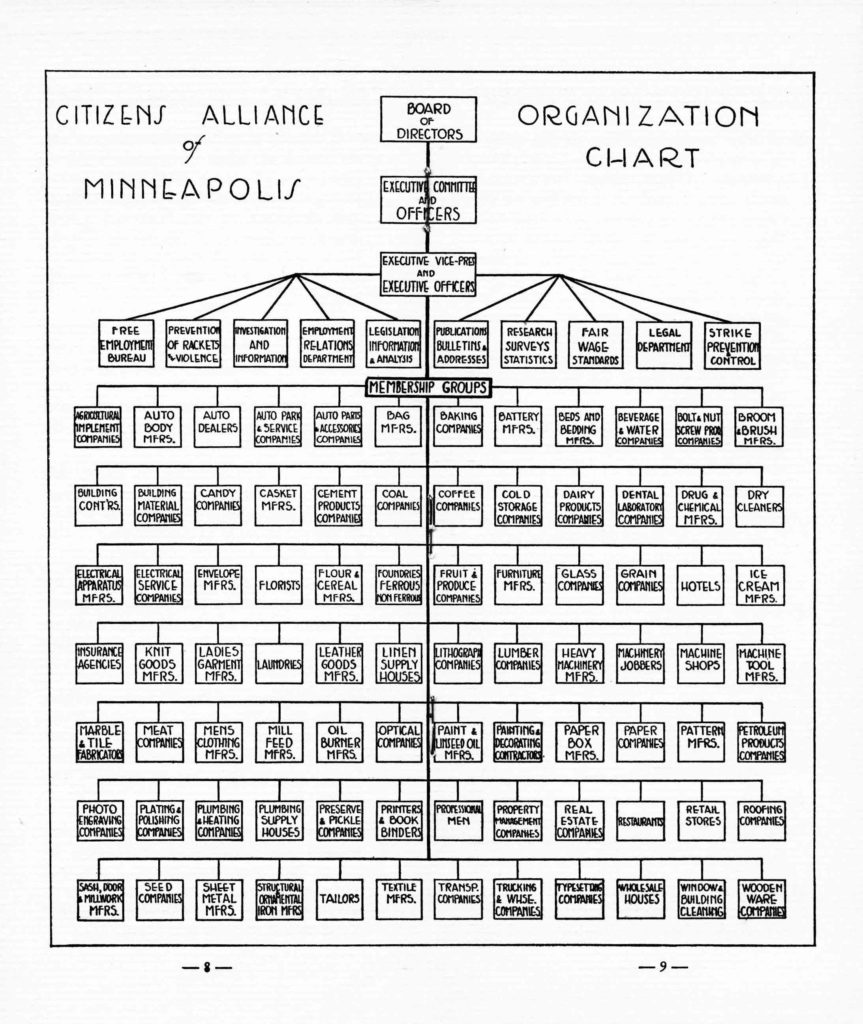 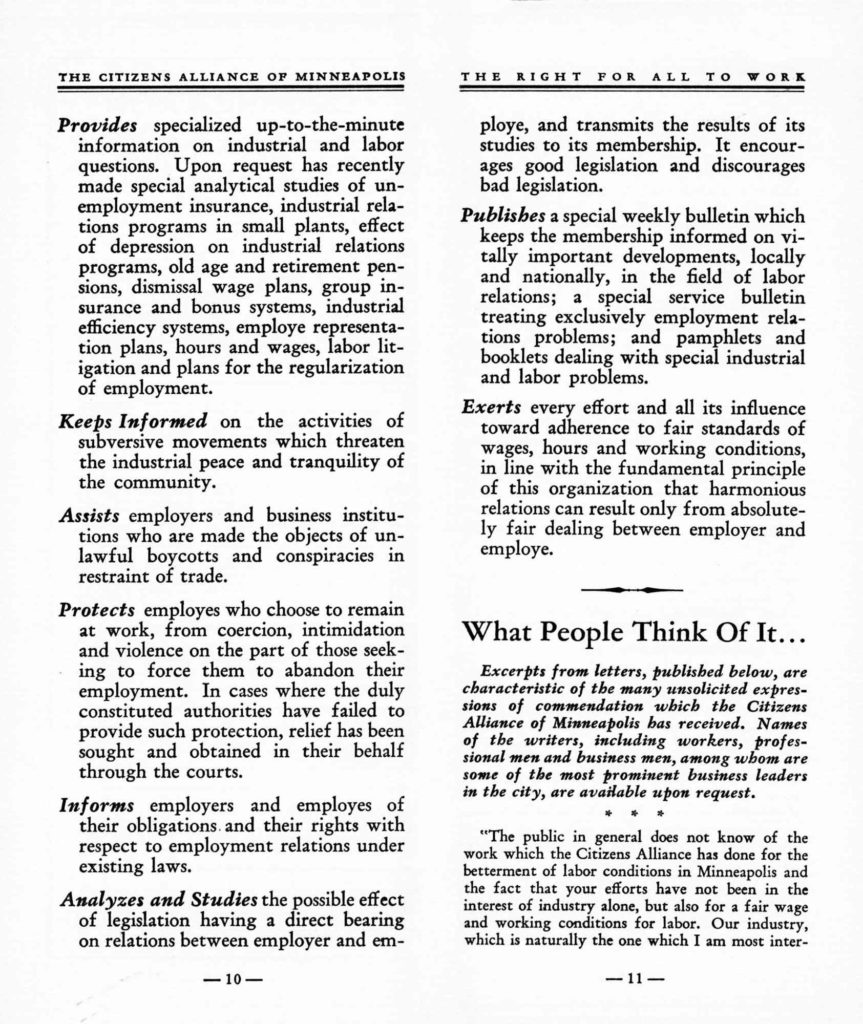 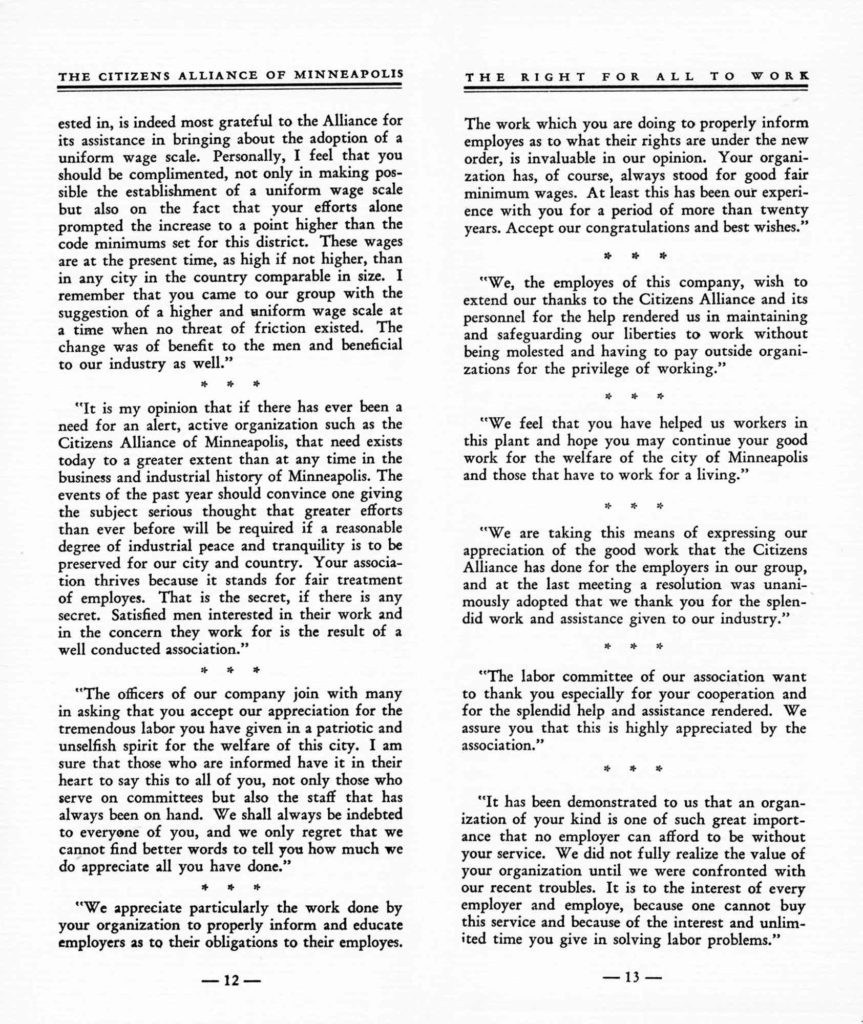 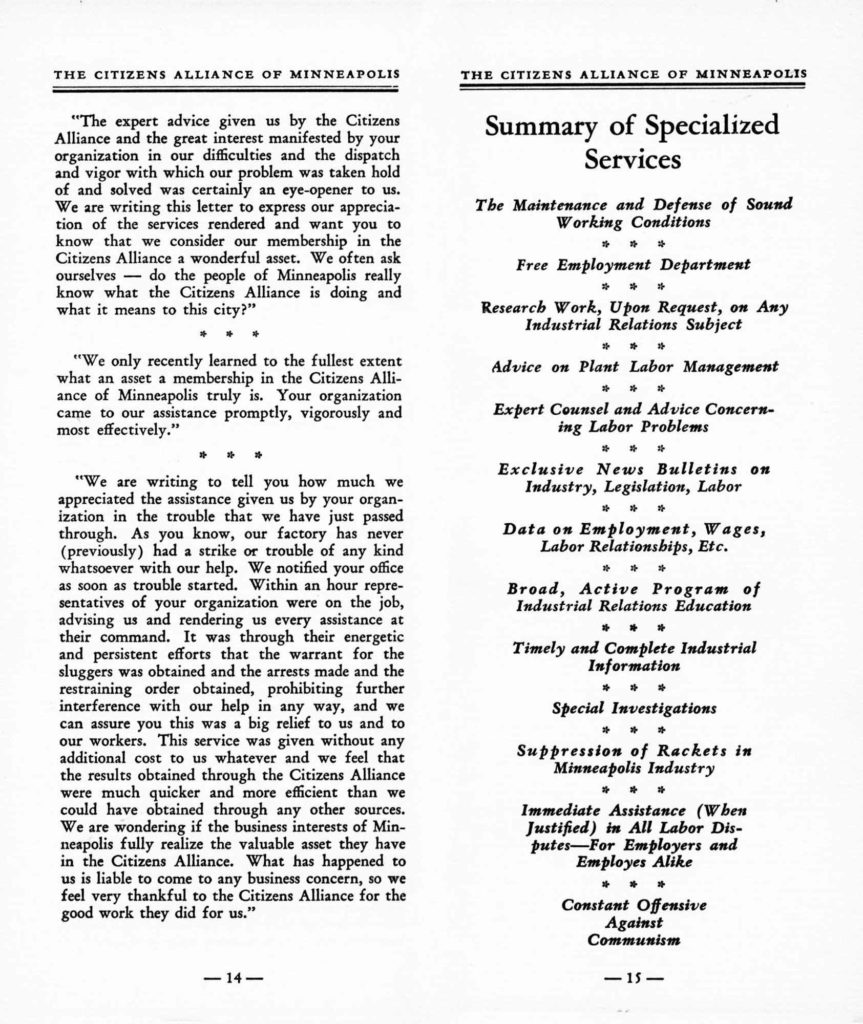 This pamphlet was published by the Citizens Alliance of Minneapolis in 1935. The Alliance positioned itself as a pro-business civic association, but the group’s overarching goal was to undermine labor unions and expose their real or imagined communist connections. Through relationships with banking and finance, the National Guard, and the grand jury system, the CA attempted to defeat efforts to organize workers. When they could not defeat the Teamsters’ strikes of 1934, they regrouped and renamed themselves the Allied Industries, but continued the same politics.