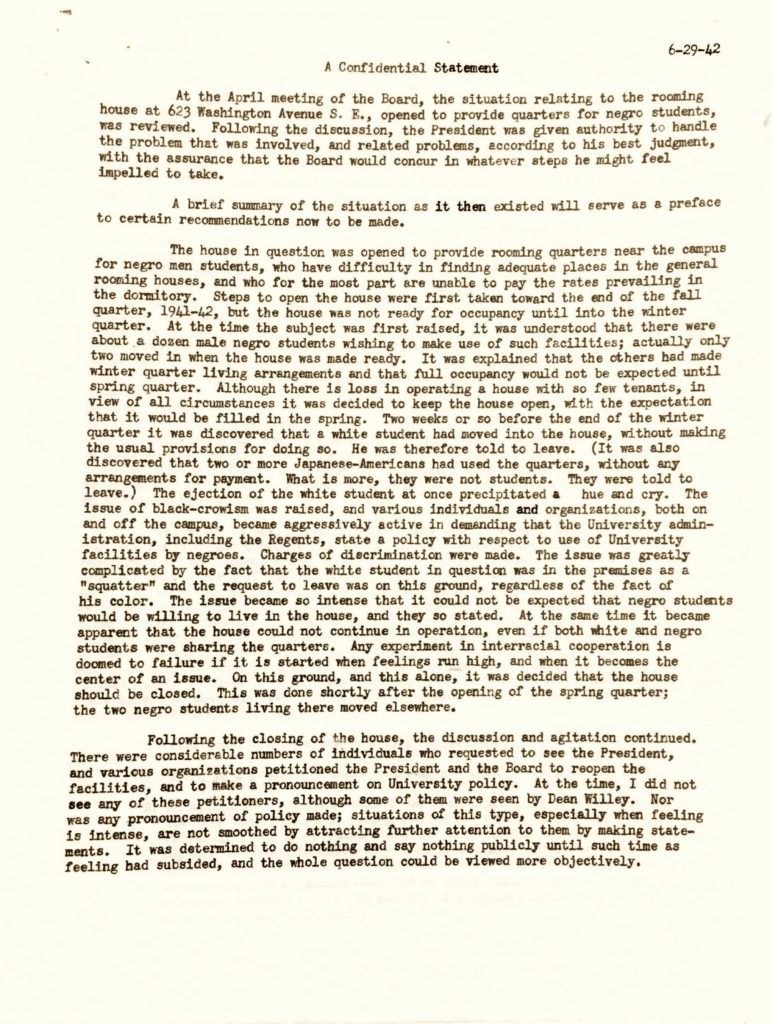 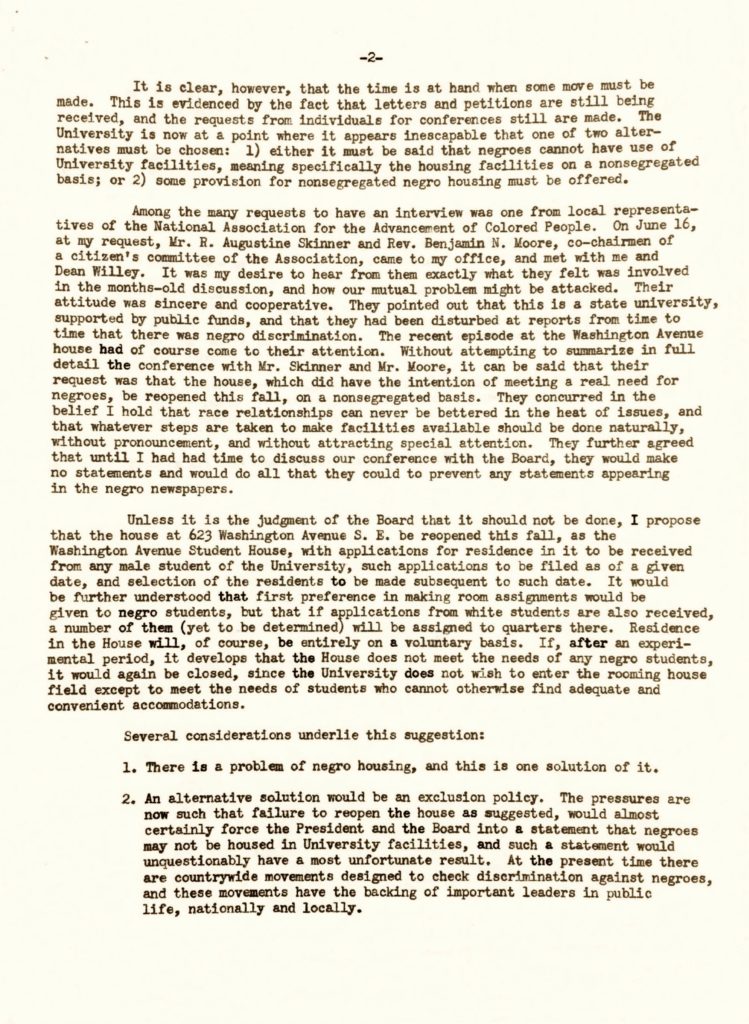 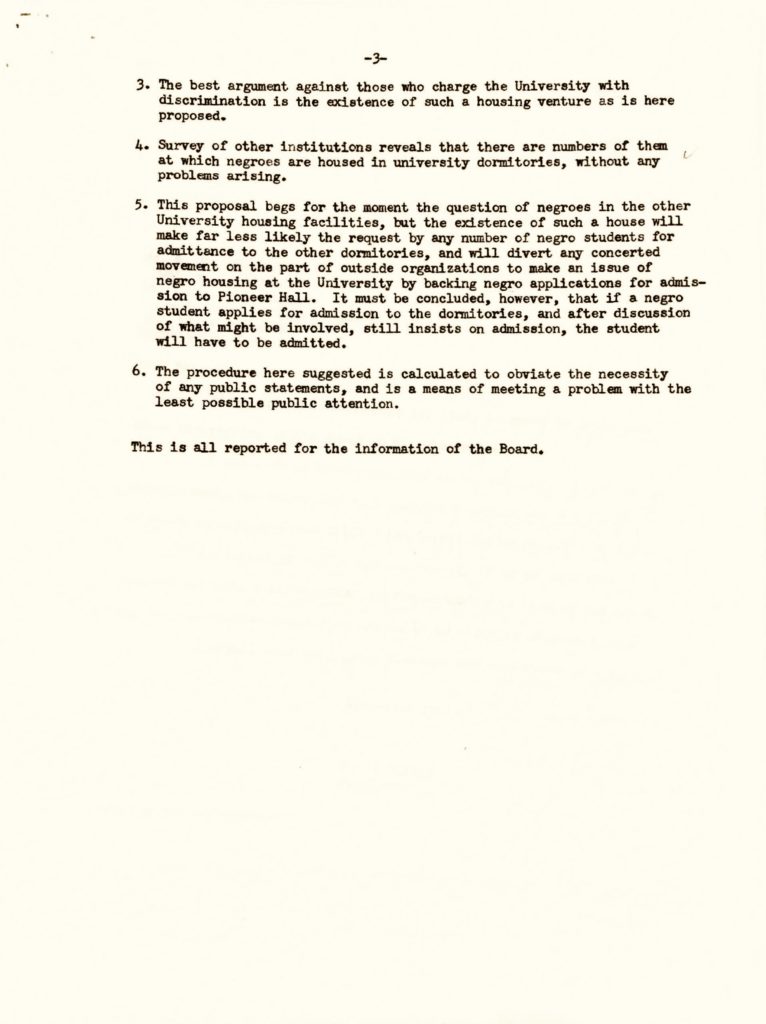 In June, 1942, Dean Malcolm Willey drafted a confidential statement on the International House and the growing controversy regarding the University of Minnesota’s policy of segregated student housing. Willey suggests the ejection of a white student from the house was “misinterpreted” by local community and rights organizations as an act of segregation, and he mounts a defense of President Coffey’s refusal to make a public statement on the issue.

The document ends with a series of considerations and he proposes that the University reopen the International House as a calculated means of both diverting any public attention from the matter and discouraging African American students from applying for residency in Pioneer Hall. Willey’s goal was to avoid the University of Minnesota making a statement of support for integrated housing or taking a public stand against it. Willey intended that Coffey read the statement as a set of “running notes” in the July meeting with the Board of Regents, and adds that “no vote of any kind” is called for, as the President had been authorized to take his own decision on the matter.

Coffey appears to agree with the statement and its suggestions, writing “Good” on the memo’s cover page.